When I switched to iPad

Yesterday one of my posts was featured in Oz Lubling’s Culture Clash alongside one of Khoi Vinh’s posts which is the perfect opportunity to talk about the day I switched to iPad. It was Khoi’s fault.

I had an iPad Pro 9.7 since 2016, which I purchased for the smart keyboard and Pencil. However it was many years before iPadOS and I could never grok the drawing tools at the time. So this iPad had been hanging around my apartment for a few years as a consumption device and I thought that I probably wouldn’t buy another tablet.

Then in November 2019, with the help of Khoi Vinh, Adobe released “full” Photoshop for Ipad. I didn’t rush to try it, as I had read a lot of reviews saying it wasn’t ready for prime-time use.

To add additional context, I paint... a lot. I painted this morning. Its an excercise in creativty, control and mental health. I have an easel, canvases, acrylic paint and painting has become my most cherished hobby. I don’t always have access to my supplies if I’m traveling and I started to look into the near future where I realize how much more difficult it will be to paint when my baby arrives. In fact every Dad I meet says, “ahh you paint every day, wait until you have kids”. T minus three months.

So one Saturday I picked up the iPad Pro, downloaded Photoshop, grabbed my Pencil and decided to see what it could do. A few minutes later and I created this 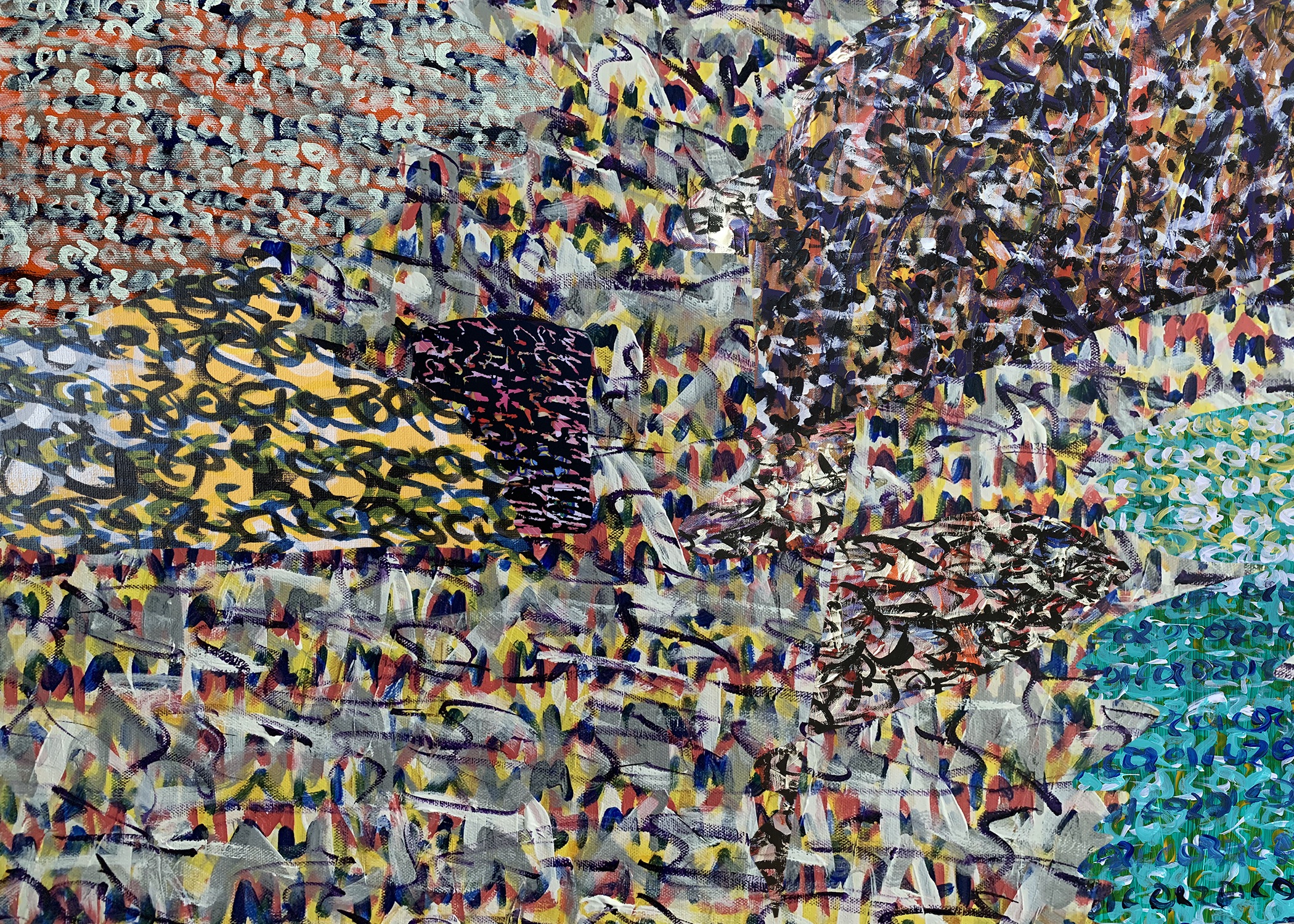 I fell completely in love. I realized I could create art digitally while retaining my own personal style. This is something I could never make happen with a mouse. I’m not even very good using Photoshop for Mac. A few hours later, I was at the Grand Central Apple Store buying the 12.9” as an investment in my art practive. I went with the 12.9” because I wanted the biggest canvas I could get.

I spent the entire weekend making art on my iPad and when Monday rolled around, I picked up my device and carried it to the office. I wanted it by my side at all times. I was still using the MBP but I enjoyed leaving the Mac behind in meetings, where I had my second Aha moment; I find the iPad less distracting and myself more present in meetings while using it to take hand-written notes.

That was the beginning of my journey to learn how to use the iPad as an every day computer. Thanks Khoi & the team at Adobe!